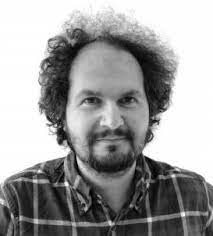 Max Planck Institute for the History of Science, Germany

Roberto has been a Research Scholar in Department I since 2013; he also works with The Research Program “History of the Max Planck Society” (GMPG). Since 2018 he has been working within the multi-institutional Berlin Center for Machine Learning where he develops approaches for the application of machine-learning techniques to the history of recent sciences. After gaining a MSc in physics in 2006 at the University of Milan, in 2011 he received a PhD in International History at the same university, engaging with comparative approaches to national receptions of modern physical theories. His career continued as a post-doctoral fellow in the History of Modern Physical Sciences at MIT’s Program of Science, Technology, and Society, where he engaged more intensively with the conceptual frameworks and methodologies of science studies. His research focuses on the social, political, and epistemic aspects of knowledge production in the physical sciences, including its circulation and certification, from the second half of the nineteenth century to the present. Combining elements from a broad range of disciplines, including contemporary transnational history, science studies, and digital humanities, he investigates the dynamics between the diffusion of novel theoretical conceptualizations in their social and political contexts, and the infrastructural developments within their evaluation systems. A parallel line of research concerns the history of science diplomacy during the Cold War and provides a new conceptualization for the activities of the scientists who may be interpreted as non-state agents in the international political arena.