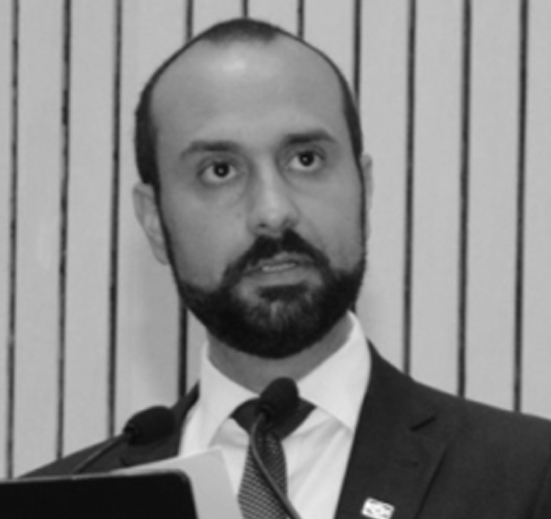 Secretary Pedro Ivo Ferraz da Silva is a career diplomat and is the Head of the Science, Technology & Innovation Section of the Brazilian Embassy in Berlin. He worked as Head of the Energy, Environment and Science, Technology & Innovation Section in the Brazilian Embassy in New Delhi, as Deputy Head of the Division of Information Society of the Brazilian Ministry of Foreign Affairs and as one of the Brazilian representatives to the Internet Corporation for Assigned Names and Numbers (ICANN). Prior to joining the Brazilian Foreign Service, Pedro was the Director for Customer Services at Comptel Communications in São Paulo, Brazil, and Software Development Coordinator at Siemens AG in Munich, Germany. Pedro holds a BSc in Electrical Engineering (2000) and in Philosophy (2009) and a MSc in Philosophy of Technology (2013) from the University of São Paulo.