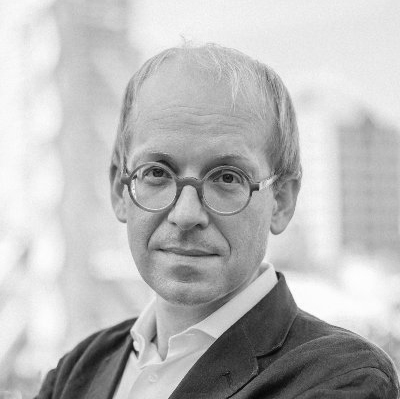 Martin Rauchbauer is the first Austrian Tech Ambassador in Silicon Valley, Co-Director of Open Austria, and Austrian Consul in San Francisco. As an Austrian diplomat, Martin was sent to San Francisco in 2016 in order to open and establish his country’s first innovation outpost in Silicon Valley. Martin’s office helps Austrian entrepreneurs, scientists, researchers, and creative minds to connect with the biggest innovation ecosystem in the world. Open Austria engages in tech-diplomacy, a strategic dialogue with the tech industry on the global governance of new technologies such as artificial intelligence (AI) and blockchain. Martin has served in many capacities due to his passion for techdiplomacy, including but not limited to teaching “Digital Diplomacy” at the Diplomatic Academy in Vienna and holding the local San Francisco chair of the European Union in 2018. He co-founded EUNIC Silicon Valley and art + tech + policy network The Grid together with his Open Austria colleague Dr. Clara Blume. Before coming to San Francisco, Martin was Deputy Director of the Business Support Service and Head of the UNESCO unit at the Austrian Foreign Ministry in Vienna. In 2014, he was briefly CEO at the Österreich Institut GmbH in Vienna. Between 2011 and 2014 he served as Director of Deutsches Haus at NYU in New York City. From 2007 until January 2011 he was the Deputy Director of the Austrian Cultural Forum in New York. Martin also served as Director of the Austrian Cultural Forum in Mexico City and as Desk Officer at the Austrian Foreign Ministry. Throughout his career, Martin designed and implemented numerous high-profile academic, cultural, and business-related events in North America. In addition to his diplomatic career, Martin worked as a journalist for Austrian Radio and Television (ORF) and the Viennese weekly news magazine “Format.” Martin received his M.A. in International Relations and International Economics from the School of Advanced International Studies (SAIS) at the Johns Hopkins University in Bologna, Italy, and Washington D.C. He also holds a degree in Philosophy and German Studies from the University of Vienna.